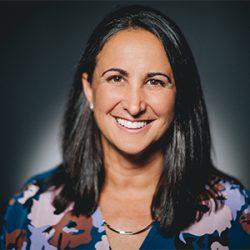 “As we look to increase our philanthropic ambition and evolve our organizations to meet that increased aspiration, we can think of no better, more capable, and values-aligned leader than Lindsey to take us to the next level of impact and organizational sophistication,” said Susan and Henry Samueli, co-chairs of the Samueli Family Philanthropies. “Lindsey is a globally recognized, trusted leader in the philanthropic community. She has a track record that balances relationships and results, excellence and empathy – always in service of achieving social good. We are delighted to have Lindsey join us at this inflection point in our philanthropies and businesses.”

Spindle is currently the President of The Jeff Skoll Group, connecting and advising Mr. Skoll’s entrepreneurial portfolio of philanthropic and commercial organizations that include the impact entertainment company Participant, Capricorn Investment Group, and the Skoll Foundation where she will remain a Board director. The Skoll Foundation’s mission is centered on social entrepreneurship and innovation, with a focus on five main, interrelated areas: climate change, inclusive economies, protection of democracy, pandemics prevention and health systems strengthening, and racial justice. Participant has produced more than 100 feature and documentary films that collectively have earned 85 Academy Award® nominations and 21 wins and have highlighted some of the most pressing issues of our time.

The common thread in Spindle’s career is her dedication to shaping organizations and campaigns that improve people’s lives, particularly women and children. She was the first-ever Chief Communications and Brand Officer of Share Our Strength, a national nonprofit focused on ending childhood hunger in America through its groundbreaking No Kid Hungry campaign. Under her leadership, The No Kid Hungry campaign won PR Week’s prestigious Non-Profit Campaign of the Year in 2015, increased participation in federal meal programs by several million children year over year, and helped elevate childhood hunger to being a top 10 issue the public identified as “solvable.”

Before focusing on domestic hunger eradication, Spindle spent nearly 20 years in health care communications, policy, and government relations working for some of the nation’s most respected commercial and non-profit organizations. These include Georgetown University, Brookings, Avalere Health, and Porter Novelli. Throughout her career, Spindle has shaped major national campaigns such as the groundbreaking ‘truth’ campaign that curbed youth smoking by 30% in one year; increased patient safety through reduced medical errors; and secured bipartisan Congressional funding for improving health care safety and quality.

Spindle was a member of the pioneer class of girls to attend the Lawrenceville School outside of Princeton, New Jersey, and is a graduate of the University of Michigan. She’s a fourth generation native Washingtonian turned California transplant along with her husband David and two children, Piper (currently in her third year at the United States Naval Academy) and Archer. Lindsey currently serves on the Boards of Directors for the Skoll Foundation, World Central Kitchen, and advises the Shoah Foundation. In her spare time, Lindsey is a professional hockey fanatic, book-a-week reader, adventurous eater, and reformed distance runner turned hiker.

“The Samueli Family’s trust in me is deeply humbling,” said Spindle. “Susan, Henry, and Mike Schulman are people who lead with head and heart. I admire their conviction, ambition, accomplishments, and true spirit of generosity. We live in a complex, oftentimes troubling world where both philanthropy and business can play a critical role in supporting creative ideas, less-heard voices, and innovative solutions. I intend to mirror the Samueli family values as we expand on the history of their organizations to take the collective impact across all of their portfolio to new heights.”

“We want to thank Michelle Freeman for serving as interim executive director of our Foundation, and the team that participated in our search including: Erin Samueli, Jeremy Rosenblum, Wayne Jonas, Michelle Freeman, and Shlomo Markel,” said Schulman, Managing Director of H&S Ventures and Samueli Foundation board member. We also want to thank Kristine Johnson at Spencer Stuart for her expertise leading our search.”

Spindle will join both The Samueli Foundation and H&S Ventures starting April 1. She and her family will relocate to Orange County in June.

Since its founding in 1998, the Samueli Foundation has supported a range of strategic areas that are consistent with the family’s values and interests, including large efforts in integrative health, science, technology, engineering and mathematics (STEM) education, youth services, Jewish culture and values, and strengthening Orange County. Over the last 25 years the Samueli Family through its various entities has contributed over $1billion in charitable grants.

Back to News & Updates