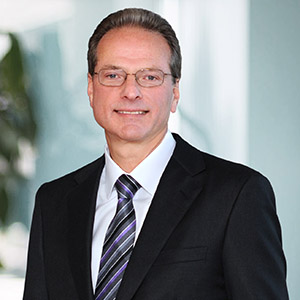 Henry Samueli was born in Buffalo, NY and grew up in Los Angeles, CA. He earned his B.S., M.S. and Ph.D. degrees in Electrical Engineering from UCLA in 1975, 1976 and 1980, respectively. From 1980 to 1985 he was employed in various engineering and management positions in the Electronics and Technology Division of TRW, Inc., a military communications defense contractor now part of Northrop-Grumman. Since 1985 he has been a professor in the Electrical and Computer Engineering Department at UCLA, and since 2003 he has also served as a Distinguished Adjunct Professor in the Electrical Engineering and Computer Science Department at UC Irvine. In 1991 he co-founded Broadcom Corporation, a global leader in providing semiconductor solutions for wired and wireless communications and took a leave of absence from UCLA in 1995 to be at Broadcom full-time. In 2016 Broadcom Corporation was acquired by Avago Technologies Limited and renamed Broadcom Inc. He currently serves as Chairman of the Board of Broadcom Inc.

In 2003 Henry and his wife Susan took over management of the Honda Center sports and entertainment venue in Anaheim, CA and in 2005 they purchased the Anaheim Ducks National Hockey League (NHL) club from the Walt Disney Company. In 2007 the Anaheim Ducks became the first California team ever to win the NHL Stanley Cup championship. Henry serves on the Executive Committee of the NHL Board of Governors. The Samuelis also own and operate the Anaheim Ducks minor-league affiliate, the San Diego Gulls, an American Hockey League (AHL) franchise.